The City Auditorium, now named the Murphy Performance Hall, opened in February 1929. In 2017, Irwin Seating Company provided a mix of new custom replica components and restored parts. Backs are new and shaped to replicate the original backs. Seats supplied are the No. 6 steel seat with a Loge cushion. Center standards installed are the No. 8 steel with a formed foot, while the main floor aisle end standards are restored originals. New cast aisle ends were supplied in the balcony. Armrests were refinished back to their original look, and damaged arms were replaced with new reproductions. Finishes are all custom with Douglas Industries Chamberlain Russet seat fabric and the backs upholstered in Douglas's Fountain Creole. 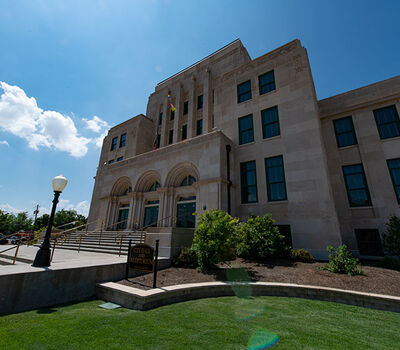 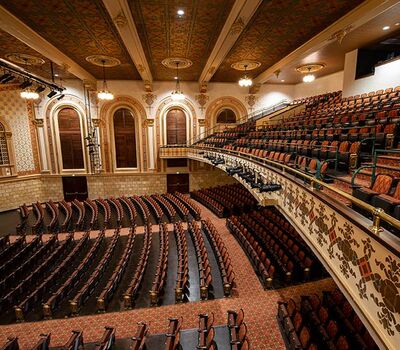 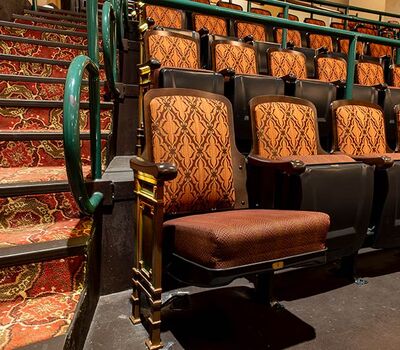 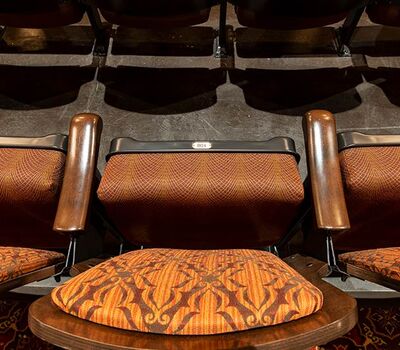 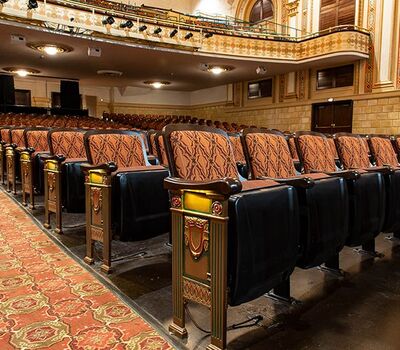 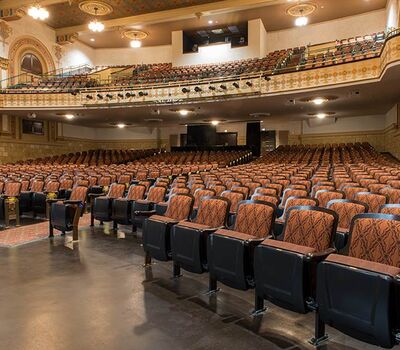 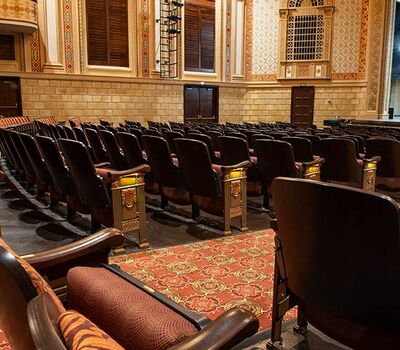 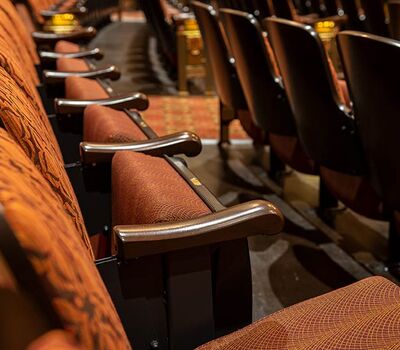 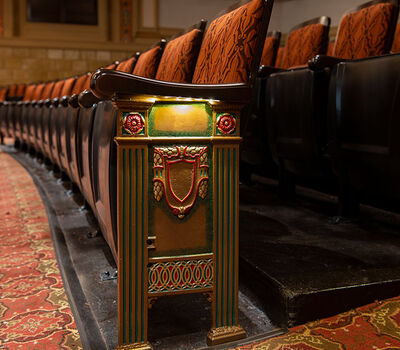