The Brooks Atkinson is owned and operated by the Nederlander Organization. The theatre was built in 1926 and originally named the Mansfield, it was renamed in 1960 to honor the famed New York Times drama critic, Brooks Atkinson. Irwin Seating has installed 1,100 No. 63.6.154.8 Empire chairs. Steel and cast base coat is powder-coated in No. 64 plum with hand-decorated cast aisle end standards, velour fabric. 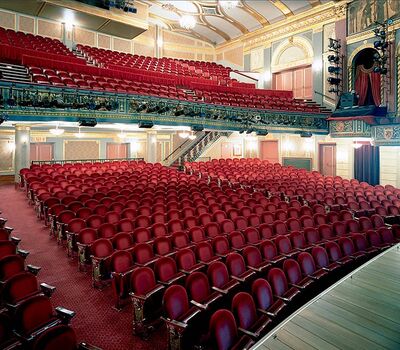 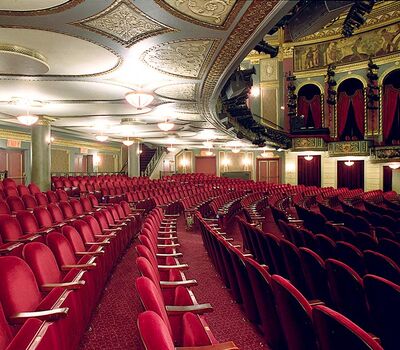